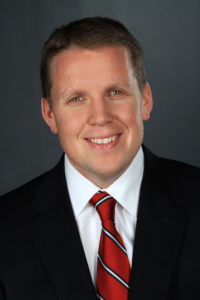 Matthew has built his practice and his career on advocating for and giving a voice to his clients.  While much of his time is spent representing clients in family law matters, he also devotes significant time to mediating cases, a process he believes in wholeheartedly.  Whether in court or through mediation, he is committed to guiding people through difficult and painful periods of their life, and assisting them as they reach goals of relief and peace for themselves and their families.

Matthew received his law degree from Barry University School of Law in Orlando, Florida. Barry University is well known for their emphasis on oral advocacy and trial lawyer preparation. Matthew received honors for being chosen for and participation in moot court competitions and has the distinction of receiving the highest awards conferred for his coursework in the areas of Business Organizations, Trial Advocacy, and International Law of the Sea. Matthew received his undergraduate education at Brigham Young University- Idaho studying Pre-Law and English.

Matthew, who hails from Townsend, Massachusetts, married his college sweetheart, a Dallas native and settled in west Texas where he practiced in the Midland-Odessa area. He developed a reputation for being smart and practical in his approach to client problems and is known as a zealous and creative advocate in the courtroom. Matthew is licensed to practice in the state courts of Texas and is admitted to the United State Federal Court for the Western District of Texas. He has more than a decade of trial experience in many types of litigation cases.

DISCLAIMER
The information contained in this website is for general information purposes only. The information is provided by Chidester Law and while we endeavor to keep the information up to date and correct, we make no representations or warranties of any kind, express or implied, about the completeness, accuracy, reliability, suitability or availability with respect to the website or the information, products, services, or related graphics contained on the website for any purpose. Any reliance you place on such information is therefore strictly at your own risk.
Scroll to top ​